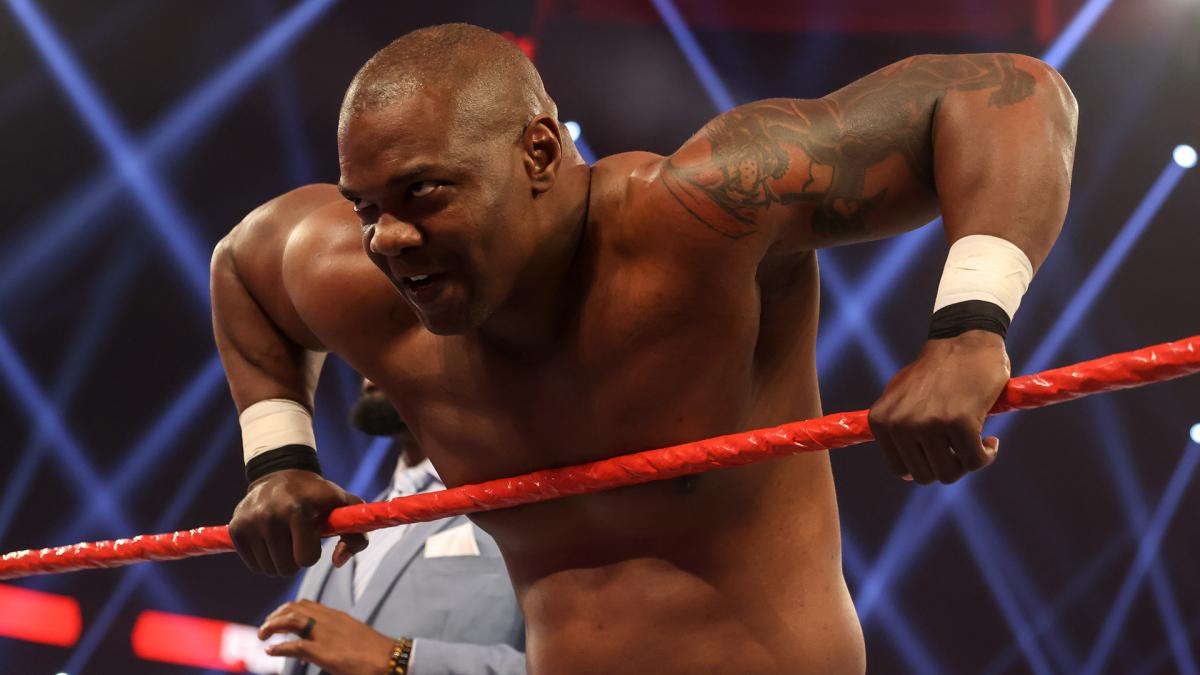 As a guest on the latest episode of the Out of Character Podcast with Ryan Satin, WWE Superstar Shelton Benjamin joined the show to talk about his infamous 2006 storyline with the company involving “Momma Benjamin.” The former United States Champion spoke about the skits and why he enjoyed that part of his career.

“The Momma Benjamin stuff gets such a bad wrap,” Benjamin said. “What people don’t realize is I was having the time of my life. We were doing these funny skits every week, working with Mr. McMahon all the time and I remember the one skit where she walked in on him with his pants down. It’s hard to contain laughter just thinking back to those times because it was so much fun and it was so silly. I was playing a momma’s boy and my mom, Thea Vidale who did a tremendous job of playing Momma, she was a scene stealer. For me it was a lot of fun.”

Continuing to talk about the Momma Benjamin skits, the former Hurt Business member revealed how the auditions for the role went down and why WWE ultimately chose actor and comedian Thea Vidale for the role. Shelton Benjamin also talked about how long the skits went on for and why it ended so quickly.

“Start to finish, 8 weeks,” he said. “I don’t remember exactly what happened, I know she had a few legit health conditions that were a concern and there’s other stuff that I’ve heard that at the time I was completely unaware of, but we won’t get into that. But she did a tremendous job and at the time, I needed something, I definitely needed something.

“For people to say ‘oh, he never recovered from that,’ are you crazy? I had so much fun with that and it’s memorable. When you’re in pro wrestling you want to do things that are memorable, I don’t want to be just on the roster and yeah have a nice long career, good, bad or negative but people are talking about you in our world. As long as people remember it, all I remember was having a good time with it. Playing that character, it was pretty easy thanks to Thea.

“I knew exactly who she was when she came in and I remember when it came down to deciding who was actually going to be Momma Benjamin, it was me, Mr.McMahon and one of our producers and we did a couple skits with another women and Thea and when it was all said and done like my mind was made up as soon as I realized it was Thea.

“When she came in and blew everyone out of the park, at the time I’m trying to think about all these technical reasons why she did this better and that better, had no idea what I was talking about. And Mr.McMahon just goes ‘I just think she’s better,’ plain and simple. The first time you saw her was the day we picked her. She came and she blew it out of the water.”

While doing the podcast, Shelton Benjamin also spoke about his friend Brock Lesnar and revealed that the current babyface/outgoing version of The Beast is him showing his real self to the WWE audience. Recently Shelton also admitted he’d love to face his friend at some point, stating he knows what he can do to Brock given their history.