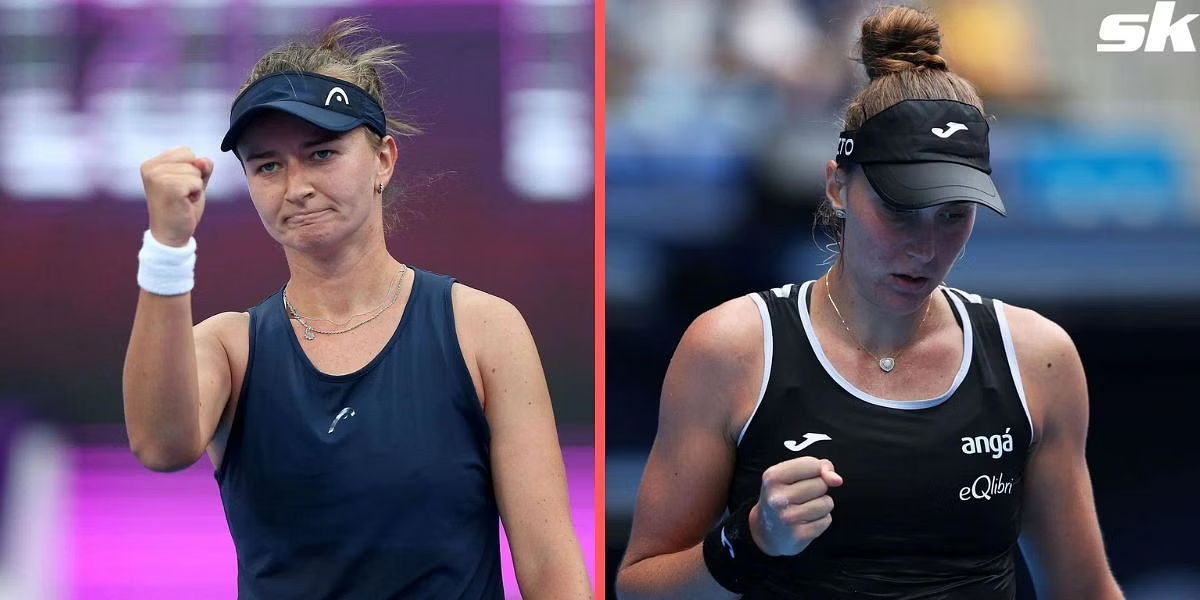 The quarterfinals at the WTA Tallinn Open are set. Some of the world’s best remain in what is a loaded 250-level field with five seeded players in action on Friday looking to punch a ticket into the semifinals. All four quarterfinal matches provide intrigue, with the pick of the matches third seed Beatriz Haddad Maia vs seventh seed  Barbora Krejcikova. As always, we at LWOT will have the prediction every match in Tallinn on quarterfinal Friday, but who will reach the last four?

After coming from a set down to win her round one matchup against Xiyu Wang, Anett Kontaveit was easily able to dispatch Tereza Martincova to reach the quarterfinals in Tallinn. It is the seventh quarterfinal appearance of the season for the current world No. 4. Her next opponent, Ysaline Bonaventure, has yet to drop a set during her four matches played in Tallinn. The 28-year-old Belarusian is into her first tour-level quarterfinal since July of 2021. Although Bonaventure’s form is hard to argue against, her level is not that of a current world top-five player. Expect her to push the Estonian in a set, but Kontaveit should advance in straights.

Veteran Kaia Kanepi and 26-year-old Karolina Muchova are set to square off for the first time with a spot in the Tallinn semifinals on the line. Both players had to come from a set-down in one of their first two matches of the tournament. Muchova, who has played just 15 matches this season, was given a wildcard entry into the event. She came into Tallinn with just a 1-5 record over the last four months. Muchova has gotten back to her aggressive style of play and has broken serve 13 times through two matches. Kanepi will want to knock in upwards of 65 percent of first serves in order to keep Muchova on her heels. I see this match going the distance, though, slightly favor Muchova who will have a strong end to what has been a forgettable season.

Belinda Bencic and Donna Vekic are set to meet for the fifth time, but the first since the 2019 US Open. Bencic, the #2 seed in Tallinn, won a hard-fought three-setter over Katie Boulter in round two. Vekic, on the other hand, has dropped just eight games through two matches this week. Before Tallinn, the Croatian was struggling mightily. Vekic held a record of 1-5 in her previous six matches and had just two tour-level victories since the middle of June. On the contrary, Bencic had a fairly strong summer hard court series, making the quarterfinals in Toronto and a third-round run in Queens. Expect this match to be one of the best of the day. The difference will be the aggressiveness of Bencic from the baseline.

Krejcikova and Haddad Maia meet in what is the only seeded matchup in the quarterfinals in Tallinn. Krejcikova won their only previous meeting; a clay court battle nearly six years ago. Holding a 49-20 record on the season, Haddad Maia is currently one of the toughest outs in the sport. She battles point in and point out, frustrating her opponents into making errors on tired legs. Krejcikova will look to combat this with a potent attacking style of play. When she is finding her targets, the 26-year-old Czech native is hard to deal with. I see this match going the distance. Make the Brazilian as the slight favorite as she has the style of play that is conducive to battling Krejcikova’s strong ground strokes.