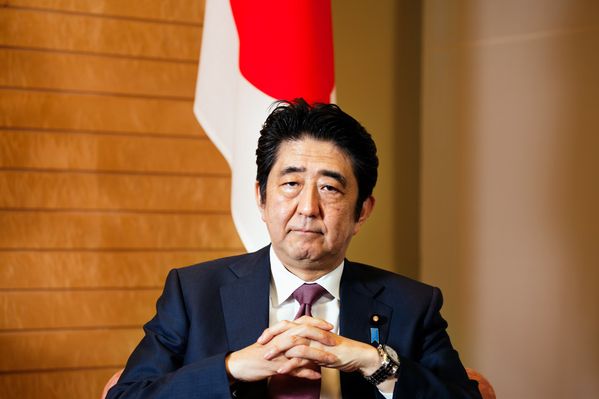 Former Japanese leader Shinzo Abe died Friday after being shot at a campaign event, an attack that shocked a country where gun violence is virtually nonexistent.

Abe, 67, was a towering political presence even after he stepped down as Japan’s longest-serving prime minister, and he was campaigning ahead of elections scheduled for Sunday.

Police said Tetsuya Yamagami, a 41-year-old unemployed man, was arrested at the scene and was under investigation in connection with the attack. The suspect made a confession, police said, adding that he told them he harbored a grudge against a group he believed was connected to Abe. Yamagami also claimed to police that he had previously worked at Japan’s Navy for three years.

They said they understood the attack was carried out with a homemade gun and later found several other weapons that appeared to be homemade from a mix of metal and wood at Yamagami’s residence. It is unclear whether the suspect carried proper licenses for the weapons.

Police said they are still investigating whether the suspect acted alone.

Video footage of Abe’s speech showed a puff of white smoke appear behind the former leader along with two loud cannon-like blasts. Security officers were seen tackling a man to the ground, with video and photos showing what appeared to be an improvised weapon lying on the ground.

Abe was rushed to Nara Medical University Hospital after going into cardio and pulmonary arrest. The hospital announced his death shortly after 5 a.m. ET.

Dr. Hidetada Fukushima, a professor of emergency medicine at the hospital, said Abe had two gunshot wounds and no vital signs when he arrived less than an hour after the shooting. Lifesaving measures including blood transfusions were unsuccessful, he said, and Abe was pronounced dead at 4:03 a.m. ET.

On Saturday afternoon, a hearse carrying Abe’s body arrived in Tokyo, where he lived.

“I had been praying that he would somehow survive this, but our prayers were in vain, and to be receiving this news — I just have no words, only that I would like to offer my deepest condolences,” Kishida said, his eyes red and teary.

Kishida said campaigning in the election for the upper house of Parliament would continue Saturday. Abe, who stepped down in 2020, was campaigning for other members of the governing conservative Liberal Democratic Party but was not a candidate himself.

“I believe that free and fair elections, which are the foundation of democracy, must absolutely be upheld,” Kishida said.

President Joe Biden decried the attack, calling the former Japanese leader a “champion of the alliance between our nations and the friendship between our people.”

“I am stunned, outraged, and deeply saddened by the news,” he said in a statement, calling the assassination “a tragedy for Japan and for all who knew him.”

Later, Biden issued a proclamation ordering that United States flags be flown at half-staff at the White House and at all government buildings and military bases in memory of Abe.

“Even in the moment he was attacked and killed, he was engaged in the work of democracy, to which he dedicated his life,” the proclamation said.

Biden said he intends to head to the Japanese Embassy in Washington and sign the official condolence book. He confirmed reports that Abe was slain with a “home-made weapon” and noted that while thousands die from gunfire every year in the U.S., in Japan “they have one, one, one.”

In a conversation with Kishida, Biden reflected on Abe’s legacy of promoting a “free and open Indo-Pacific” and resurrecting high-level Quad meetings between Japan, the United States, Australia and India, according to a readout of the call released Friday night by the White House.

“The President noted our unwavering confidence in the strength of Japan’s democracy and the two leaders discussed how Abe Shinzo’s legacy will live on as we continue the important task of defending peace and democracy,” the White House said.

Abe dominated Japanese politics for the best part of a decade and has remained politically active since his resignation, leading the biggest faction in his party.

The incident sent shockwaves through the country, where gun violence is extremely rare and ownership laws are strict.

Iwao Horii, an LDP member of the upper house representing Nara, was standing next to Abe when the former prime minister was shot.

“We heard two loud sounds while he was talking, and he fell immediately after that,” Horii said at a news conference. He added that Abe was unresponsive when emergency medics tried to resuscitate him.

“This is something that shakes the very foundations of democracy and cannot be forgiven,” he said.

The shooting was also condemned by the country’s main opposition party, the center-left Constitutional Democrats, with party leader Kenta Izumi calling it “an act of terrorism.”

The U.S. ambassador to Japan, Rahm Emanuel, said he was shocked and saddened by the news of the shooting.

“Abe-san has been an outstanding leader of Japan and unwavering ally of the United States,” Emanuel said in a statement Friday.

Condolences for Abe poured in from stunned leaders around the world.

“I have fond memories of meeting Mr. Abe and his wife during their visit to the United Kingdom in 2016,” Queen Elizabeth II said. “His love for Japan, and his desire to forge ever-closer bonds with the United Kingdom, were clear. ”

Embattled Ukrainian President Volodymyr Zelenskyy tweeted his “deepest condolences to his family and the people of Japan at this difficult time.”

Former German Chancellor Angela Merkel, whose time in office largely overlapped with that of Abe, said she was “deeply shocked and devastated” by the news of the “cowardly and vile assassination.”

“Deeply distressed by the attack on my dear friend Abe Shinzo. Our thoughts and prayers are with him, his family, and the people of Japan,” Indian Prime Minister Narendra Modi said on Twitter.

“He was deeply committed to his role, and also generous and kind,” New Zealand Prime Minister Jacinda Ardern said during a meeting in Sydney. “My thoughts are with his wife and the people of Japan. Events like this shake us all to the core.”

Though Abe had been praised for amplifying Japan’s profile on the world stage, his party was plagued by scandals, and he was accused of mishandling the country’s response to the Covid-19 pandemic.

Abe was the first foreign leader to meet with Donald Trump after he became U.S. president-elect in November 2016.

In a post to his Truth Social platform late Thursday, the former president called Abe “a truly great man and leader.”

“He was a true friend of mine and, much more importantly, America,” Trump said.

Former President Barack Obama said, “Abe was devoted to both the country he served and the extraordinary alliance between the United States and Japan.”

“I will always remember the work we did to strengthen our alliance, the moving experience of traveling to Hiroshima and Pearl Harbor together, and the grace he and his wife Akie Abe showed to me and Michelle,” Obama said in a statement.

“Shinzo Abe was a true patriot of his country who wanted to continue serving it,” he said in a statement.

Abe hailed from Japan’s political elite and as prime minister had made reviving economic growth through his “Abenomics” policies a key pillar of his time in office.

Abe’s resignation two years ago came amid a worsening of his ulcerative colitis, a chronic bowel condition he’d had for years.

He announced his resignation days after he set a record as Japan’s longest-lasting prime minister, having been in office for almost eight years. He previously served as prime minister from 2006 to 2007.

CORRECTION (July 9, 2022, 12:48 a.m. ET): A previous version of this article misstated the last name of the suspect accused of killing former Japanese Prime Minister Shinzo Abe. He is Tetsuya Yamagami, not Tetsuya Yamagishi