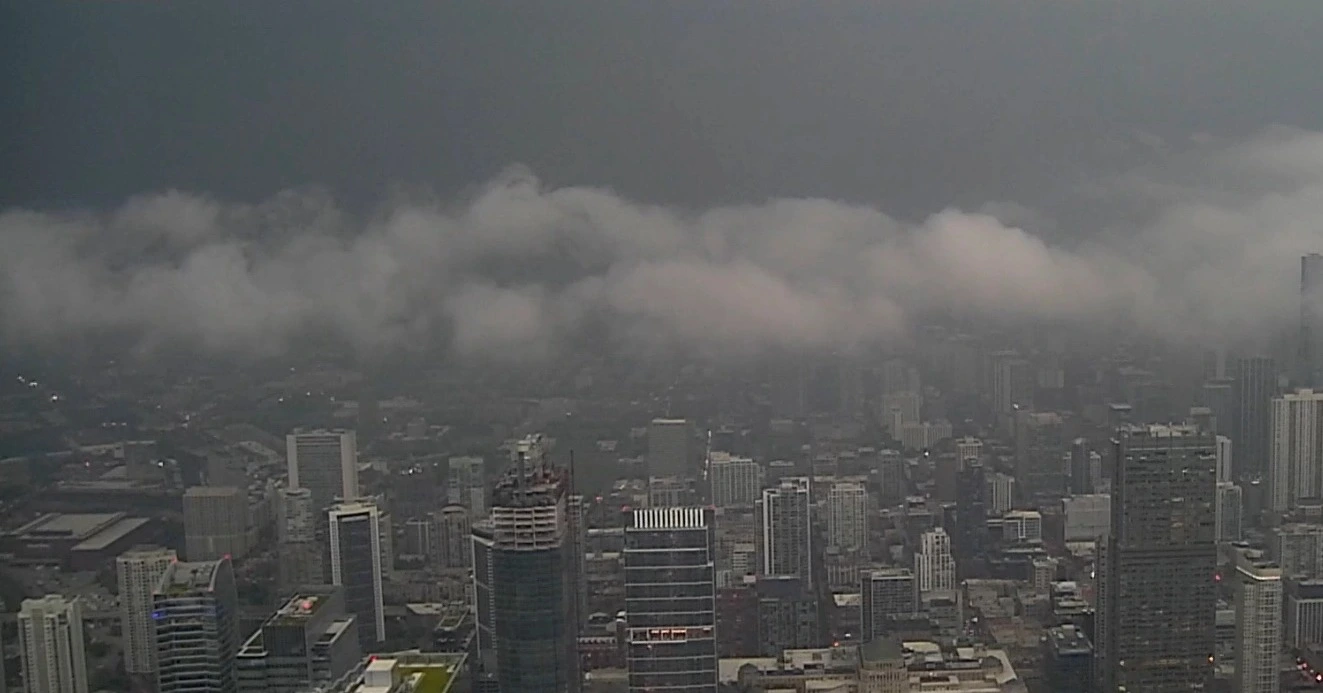 MASSIVE storms are set to batter the US this week after tornadoes and softball-sized hail hit many areas, leaving extensive damage.

Residents reported hail that was over four inches in diameter.

Nick Meyer of Beatrice tweeted photos of the hail, saying, “the 5 inches split when it hit the ground but there’s also a 3 inch and more big ones on my freezer.”

The hail shattered con cars and did extensive damage to houses.

Around 3,000 customers lost power in the Omaha area, according to the Omaha Public Power District.

This comes as residents buckle down for possible tornadoes and damaging winds in the Chicago area.

A complex of storms is expected to move across the Upper Midwest, bringing destructive weather to some areas, ABC 7 reported.

Illinois representative Chris Welch shared a photo on Twitter of a massive tree that was downed due to the inclement weather.

He also said they are currently tracking about 64,000 people who are without power.

A surge of hot and humid air could bring large hail, severe storms, and even tornadoes.

The Weather Service said that temperatures will be well above the nineties on Tuesday and Wednesday.

With the humidity from storms, it is expected to feel as hot as 105 in some areas.

The heat advisory has been issued beginning Tuesday at noon and going until 8pm Wednesday.

Temperatures could cause heat-related illness in less than 30 minutes after outdoor activity, and residents have been advised by officials to take extra precautions.

This comes just days after tornadoes touched down in Kansas with a building collapse and damage reported during severe storms.