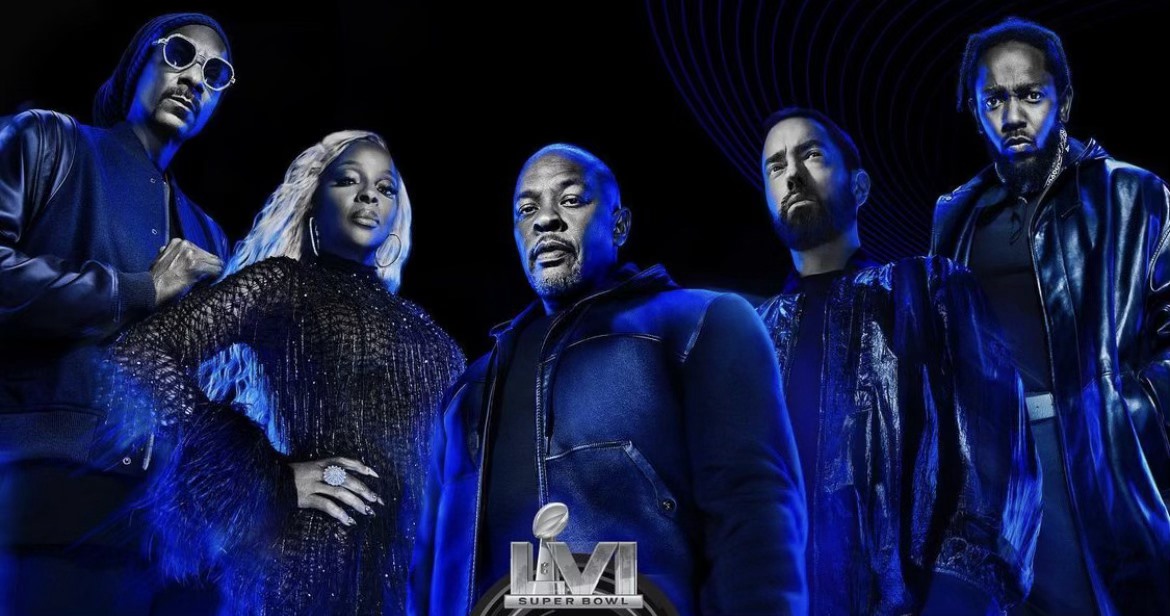 The products and services mentioned below were selected independent of sales and advertising. However, Simplemost may receive a small commission from the purchase of any products or services through an affiliate link to the retailer’s website.

As NFL teams continue to compete in the playoffs to earn the chance to play in Super Bowl LVI (56) in Los Angeles, fans can now get a sneak peek at what to expect during this year’s halftime show.

The world found out in September 2021 who would perform during the legendary halftime show when the NFL announced the star-studded rap and R&B lineup, including Dr. Dre, Eminem, Mary J. Blige, Snoop Dogg and Kendrick Lamar, would take the stage together for the first time on Feb.13 at SoFi Stadium.

Now, Pepsi released a trailer for the upcoming performance, and it looks more like a feature film announcement than a halftime show preview.

The trailer, titled “The Call,” is meant as a tribute to the influence all five of this year’s Super Bowl performers have had on the musical landscape over the past three decades and their “journey from the streets of L.A. to SoFi stadium next month,” according to a press statement from Pepsi.

“Each time I collaborate with Dre, it seems to mark an important moment in entertainment history, from projects like ‘Friday,’ ‘Set It Off,’ ‘Straight Outta Compton,’ to now the Pepsi Super Bowl LVI Halftime Show,” F. Gary Gray, the trailer’s director, said in the statement. “As a super fan, I consider it an honor and privilege to authentically build and create this moment with five of the most legendary artists in music history. It’s been a blast!”

“The Call” trailer is a nearly 4-minute mini-movie that tells the story of how these five music superstars got together for one special performance on the halftime show stage. With dazzling special effects and a soundtrack featuring some of the best selections from each of the artists scheduled to perform, Pepsi hopes it will build the excitement worthy of the stars in the show, according to the company’s Vice President of Marketing, Todd Kaplan.

“Given our epic lineup of five superstar talents, we wanted to deliver a cinematic experience that could properly honor each of the artists and celebrate their role in music and culture as they descend upon Los Angeles to deliver a performance for the ages,” said Kaplan in the release.

You can watch the Pepsi Super Bowl LVI Halftime Show on Feb. 13 during the big game, which will air on NBC, Peacock, or the NBC Sports app.