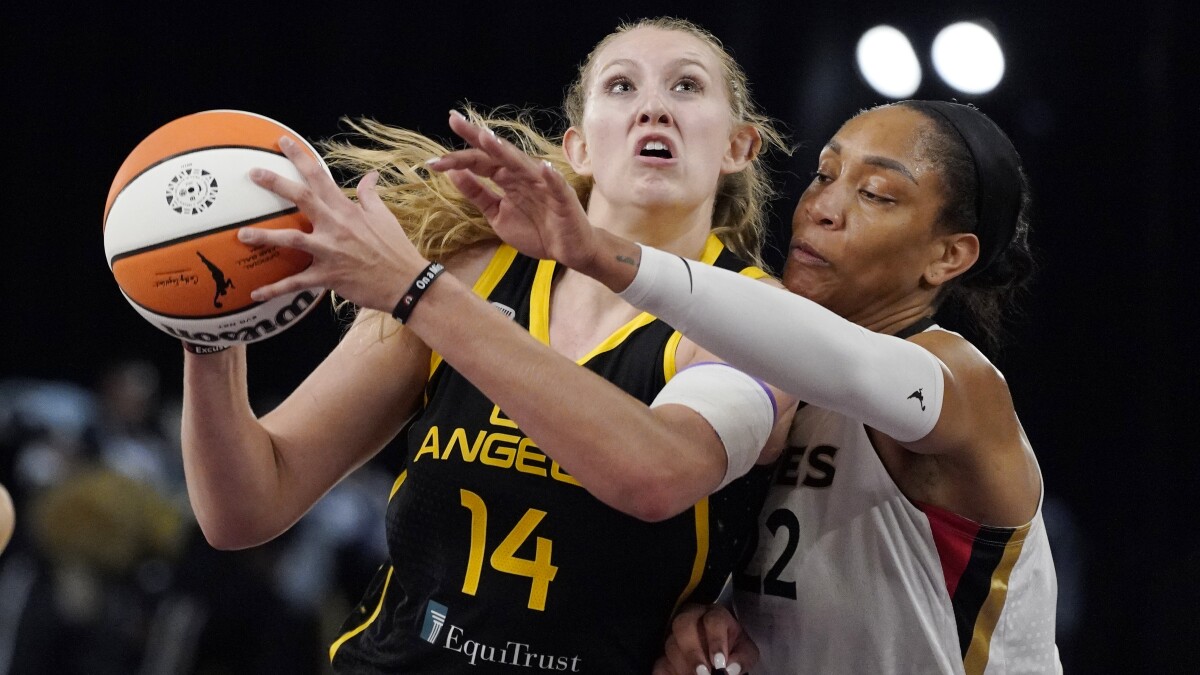 Wednesday night’s matchup against the WNBA-leading Las Vegas Aces had big-game vibes for the Storm long before they signed Tina Charles.

The Aces have resided on top of the league standings for weeks, and they’re the odds-on favorite to claim the franchise’s first championship in September.

Meanwhile, the Storm, who overcame a fretful 5-5 start and won 6 of 7 games before an upset loss in their previous outing, needed a quality win to cement its claim as one of the league’s top title contenders.

“Not a statement game more so a where-are-we-at-in-June game,” coach Noelle Quinn said before the Storm’s 88-78 victory. “Obviously, June doesn’t determine August and September, but is a very good indicator of where you are almost halfway through the season.

At least for a night, the Storm proved it can hold the league’s highest scoring team in check considering Las Vegas scored 22 points fewer than its average.

“From top to bottom, everyone contributed in a great way,” Quinn said. “We weathered runs. I thought we were locked in defensively. We shot the ball well obviously, but it was an effort on both sides of the ball, which is amazing to see against an opponent that’s one of the top offensively rated teams not only this season, but historically they’re on (pace) to be amazing. Really pleased with the effort from everyone and just glad to get on track.”

Las Vegas coach Becky Hammon bemoaned the Aces’ 20 turnovers that led to 23 points for the Storm.

“I thought they got us rattled tonight,” Hammon said. “They did a lot of blitzing, and we just did not move it out of the blitz very well. I should say we moved it out of blitz decent, but it’s the next play. It’s the next action that we never got to.”

When it mattered most, Jewell Loyd led the way scoring 11 of her game-high 24 points while Breanna Stewart had eight of her 14 points in the fourth quarter.

“When Jewell has big games for them, they become really problematic,” Hammon said. “Basically, I thought they kicked our ass.”

Stephanie Talbot tallied 15 points off the bench, while Breanna Stewart had 14 points and seven rebounds and Sue Bird had 13 points and six assists for Seattle (12-7).

It all led to a thrilling performance on a night when Charles didn’t play a significant role in her Storm debut.

For the first time in her 13-year WNBA career, Charles started the game on the bench, which snapped a streak of 373 appearances in which she’s started.

However, the Climate Pledge crowd od 9,499 didn’t have to wait long to greet the newest Storm who entered the game with 8:03 remaining in the first quarter after Ezi Magbegor collected her second foul.

Charles, who received a standing ovation, committed a turnover on her first play and collected a rebound before scoring her first basket for the Storm — a contested short hook in the paint — with 4:16 left in the first.

With the exception of a few solid screens that gave Bird and Talbot room to shoot, it was a quiet night for Charles, who converted 2 of 8 shots for four points and had five rebounds in 16 minutes.

“She’s going to garner a lot of attention (from) double teams,” Quinn said. “There was a play when she was wide open, but she hit Steph on the wing for a three. Adapting to the way that we play is good to see. Now are we going to get her in spots to be successful? Yeah, we got to work our way through that, but to have a player of that caliber on the floor is going to help everybody else.”

Bird and Talbot were the unlikely offensive stars early for Seattle, which trailed 47-44 at the break.

The third quarter was highlighted by contrasting momentum swings.

First, the Storm began the period with a 14-0 run highlighted by three defensive possessions at the end of the spurt in which the Aces committed three turnovers.

Magbegor brought the crowd to their feet when she stole a pass from Wilson to ignite a fast break and found Bird on the wing for a three. On Seattle’s next possession, Loyd canned another long-range dagger for a 58-47 lead.

“We got stops,” Loyd said. “That was a big part of how we were able to get good shots. We were comfortable on both ends. When we’re able to get stops and push, that’s our best version of ourselves. At one point we got seven stops in a row. That really fueled our offense.”

In their first matchup — an 85-74 Aces win on May 8 at Michelob ULTRA Arena — the Storm were outscored 27-15 in the fourth, which proved to be difference in the game.

And in their last outing, the Storm were outscored 17-9 in the fourth during an upset loss to Los Angeles on Sunday.

This time, the Storm outscored the Aces 24-16 and relied on a closing lineup that included Bird, Loyd, Talbot, Stewart and Magbegor.

“We kept running the same play until they stopped it,” said Loyd who connected on 7 of 15 shots, including 4 of 6 three-pointers. “That was something that was new for us, and we felt good with play call. Stewie got open multiple times. She was the hot hand. At the same time, we also got stops and that set up our offense.”

Magbegor put the Storm up for good with a drive and contested layup for a 74-72 lead. Then Loyd drained a midrange jumper and Stewart canned a three-pointer to go up 79-72.