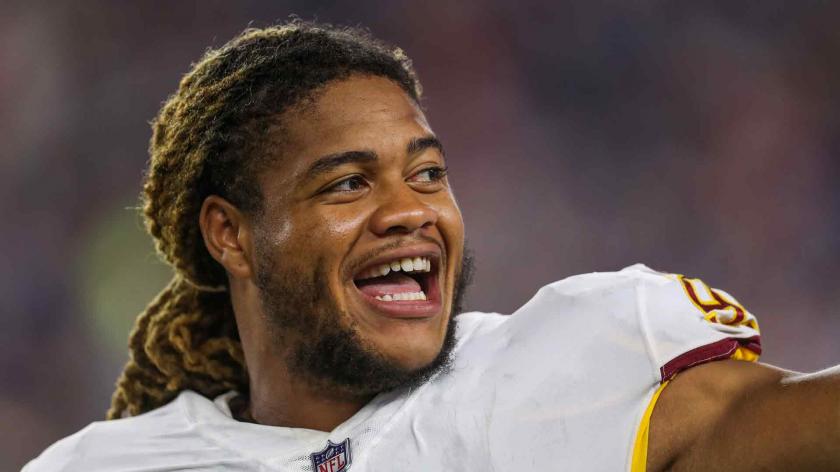 Chase Young is only entering his second year in the NFL, but he’s already got people putting him in Canton, Ohio.C

Former Ravens wide receiver Torrey Smith explained on Washington Football Pregame Live Friday that if he wants it, Chase Young could be a Hall of Famer by the time he finishes his pro career.

“You’re talking about a guy whose athleticism allows him to do anything on the football field,” Smith said. “If you had to draw or to create a player, it would look like him. There’s definitely a gold jacket waiting for him. If he wants it, it’s just on him to go out there and get it.”

Young burst onto the scene in 2020 as a rookie with 7.5 sacks, four forced fumbles, three fumble recoveries and a fumble return for a touchdown. It was enough to earn Young Defensive Rookie of the Year, but there are higher expectations on him this season.

He’ll see more double teams, offenses will scheme their way away from him, but he’ll still be counted on to produce at an elite level for a defense expected to be toward the top of the league.

The Hall of Fame is a long way away for Young in his progression as a football player, but for former players like Smith who have gone against numerous elite defensive players, there’s no reason why the young phenom can’t get there.

“I see no reason as to why it shouldn’t happen,” Smith said. “You want to talk about a superstar that’s humble, that wants to work hard, that’s hungry, and he’s in the right situation with the right coaches that believe in him. And he’s a pro’s pro already. I mean, he came out right away, captain [in] Year 1. I mean, you can’t make that up. He has all the intangibles that you need to be successful and match that talent.”