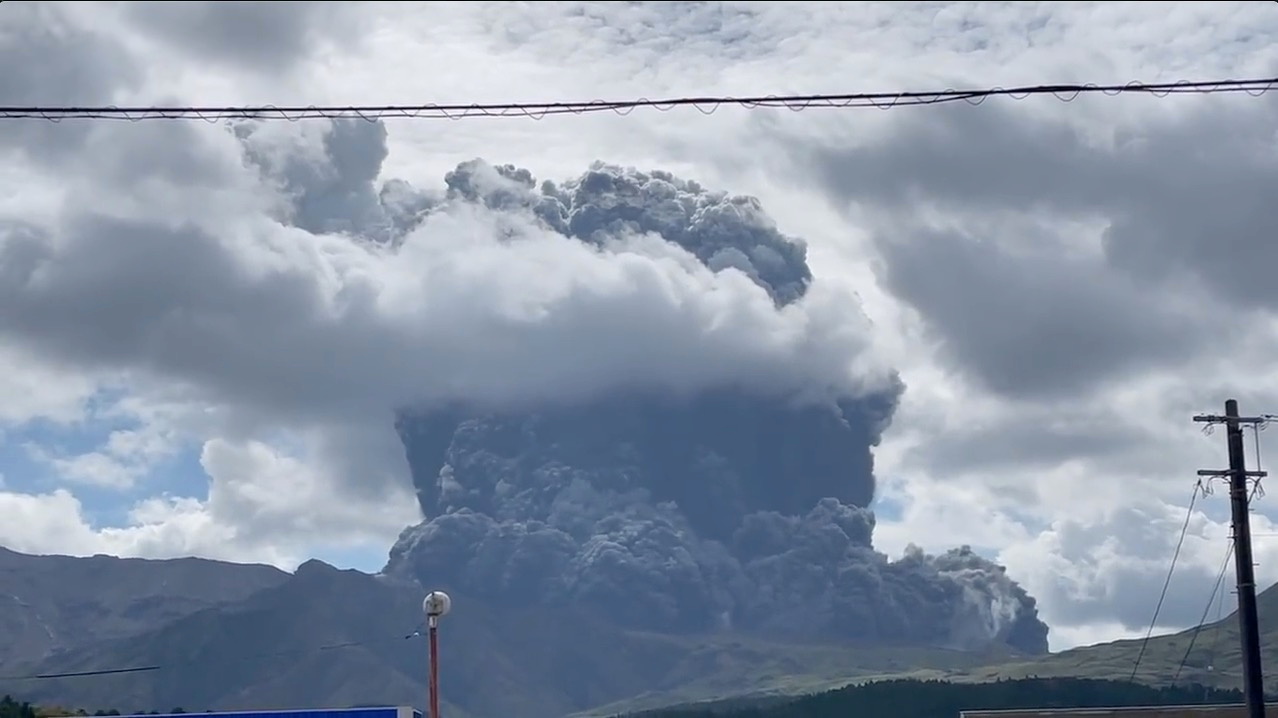 A volcano erupted on an island in Japan on Wednesday, spewing gray plumes of ash and smoke miles high into the sky.

There were no immediate reports of casualties or major damage. Authorities warned people in nearby towns to stay away from Mount Aso, a tourist destination on the southern island of Kyushu.

Climbers who were on the mountain when a mixture of ash and lava streamed out have come down safely, according to Japanese media which cited local police.

The Japan Meteorological Agency, which raised the alert level for the volcano to 3 on a scale of 5, flagged a risk of falling rocks and pyroclastic flows around the crater — one of the world’s largest.

The wind could blow volcanic rocks far around the mountain, posing a threat along with ash, an official from the agency, Ozaki Tomoaki, told reporters. “Do not enter dangerous areas,” he added.

Smoke engulfed the mountain, where a thick cloud of ash towered over the mouth of the volcano, footage on the country’s public broadcaster NHK showed. Rocks flew more than half a mile to the south, it said.