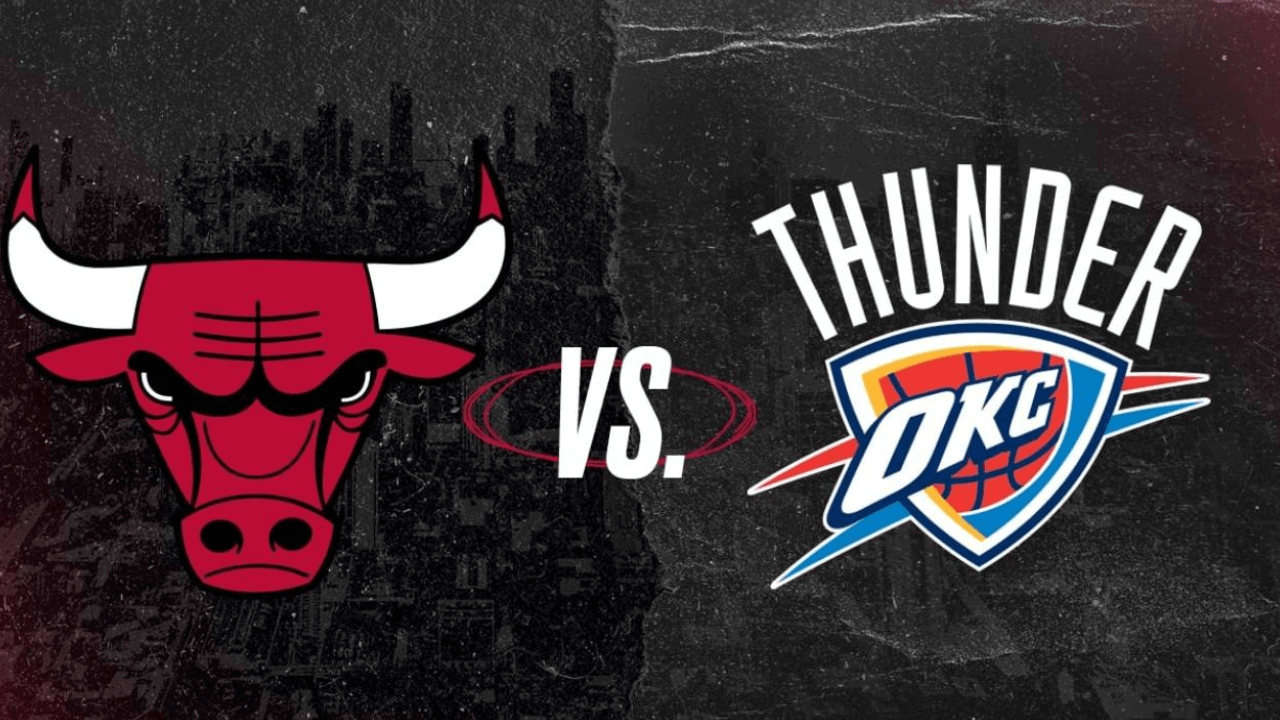 How to watch Thunder vs. Bulls basketball game

Both the Chicago Bulls and the Oklahoma City Thunder suffered losses in their previous contests, but the Bulls are closer to making up for it. After three quarters it’s looking more and more like Chicago’s high-powered offense is just too much for OKC as Chicago lead 92-78.

Chicago has been led by point guard Ayo Dosunmu, who so far has 24 points and five assists in addition to four rebounds. One thing to keep an eye out for is Alfonzo McKinnie’s foul situation as he currently sits at four.

Shooting guard Shai Gilgeous-Alexander has led the way so far for Oklahoma City, as he has 24 points and seven assists.

Oklahoma City has lost 90% of the time when they were down heading into the fourth quarter this year, so this one seems just about wrapped up

After four games on the road, the Oklahoma City Thunder are heading back home. They will take on the Chicago Bulls at 8 p.m. ET on Monday at Paycom Center. The matchup is expected to be a close one, with the Thunder going off at just a 1-point favorite.

OKC came up short against the Cleveland Cavaliers this past Saturday, falling 94-87. Point guard Josh Giddey had a pretty forgettable game, finishing with only eight points on 3-for-12 shooting in his 33 minutes on the court.

Meanwhile, Chicago received a tough blow on Sunday as they fell 114-95 to the Orlando Magic. Small forward DeMar DeRozan did his best for Chicago, finishing with 41 points (a whopping 43% of their total) in addition to five rebounds. Deebo’s night made it three games in a row in which he has scored at least 30 points. DeRozan’s points were the most he has had all year.

The losses put Oklahoma City at 14-32 and Chicago at 28-17. Two offensive stats to keep in the back of your head while watching: Oklahoma City has only been able to knock down 41.60% percent of their shots, which is the lowest field goal percentage in the league. The Bulls’ offense has more to brag about, as they they rank third in the league when it comes to field goal percentage, with 47.20% on the season. We’ll see if their 5.60% advantage translates to a win.

The Thunder are a slight 1-point favorite against the Bulls, according to the latest NBA odds.

The line on this game has moved a bit since it opened, as it started out with the Bulls as a 1.5-point favorite.

See NBA picks for every single game, including this one, from SportsLine’s advanced computer model. Get picks now.

Oklahoma City have won seven out of their last 12 games against Chicago.

Derrick Favors: Out (Back)
Vit Krejci: Out (Ankle)