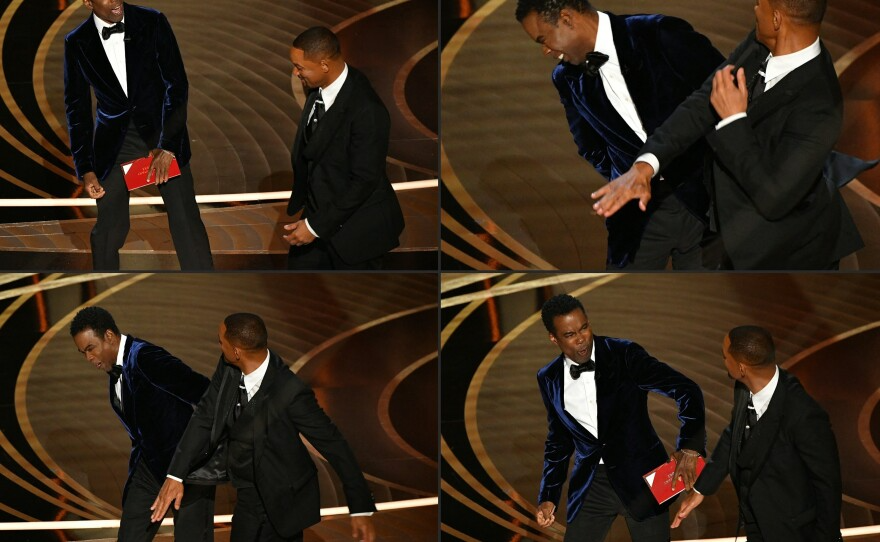 Will Smith has addressed his now infamous Oscars slap incident in his first late-night US talk show appearance since the awards ceremony.

Appearing on “The Daily Show With Trevor Noah” on Monday evening, the actor who stars in the new film “Emancipation,” opened up about what prompted his outburst at this year’s Academy Awards ceremony.

The actor walked onto the stage after comedian Chris Rock cracked a joke about his wife Jada Pinkett Smith’s shaved head and promptly slapped him across the face. The moment was televised to millions of viewers around the world.

Smith, who later that evening won his first Oscar for his performance in “King Richard,” both apologized publicly and reached out to apologize to Rock following the incident.

“That was a horrific night, as you can imagine,” he told Noah on the latest episode of Noah’s Comedy Central show, according to Variety. “There’s many nuances and complexities to it. But at the end of the day, I just — I lost it, you know?”

Smith continued: “I was going through something that night, you know? Not that that justifies my behavior at all. It was a lot of things. It was the little boy that watched his father beat up his mother, you know? All of that just bubbled up in that moment. That is not who I want to be.”

The “Suicide Squad” star, who has been banned from attending the awards for 10 years as a result of the altercation, added: “I was gone. That was a rage that had been bottled for a really long time.”

Noah, who reportedly comforted Smith on the evening of the incident at the Vanity Fair afterparty, responded: “I love Chris. I’m friends with him. I love you, but this is fucked up… I know that as Black people, Black people get together and go, ‘What was Will doing? What the hell happened?’

“A lot of Black people were like, ‘He should go to jail.’ Like, you need to relax yourself,” Noah said, earning a laugh from Smith. “Some people were overreacting, which made some people underreact.”

Later in the conversation, Smith recalled having to explain the incident to his 9-year-old nephew when he got home later that evening.

“He had stayed up late to see his uncle Will and we are sitting in my kitchen and he is on my lap and he is holding the Oscar and he is just like, ‘Why did you hit that man, Uncle Will?'”

“Damn it. Why are you trying to Oprah me?” Smith remembered thinking. “I was like, it was a mess. I don’t want to go too far into it to give people more to misunderstand.”

Smith is currently promoting his new movie, which sees him play a runaway slave who fights through the Louisiana swamp to return to his family.

Antoine Fuqua, the film’s director, recently defended the release of “Emancipation,” which comes eight months after the Oscars controversy, saying, “the film to me is bigger than that moment.”

Fuqua told Vanity Fair that he thought the film’s subject matter is more important than the Hollywood debacle. “My conversation was always, ‘Isn’t 400 years of slavery, of brutality, more important than one bad moment?'” he said. “We were in Hollywood, and there’s been some really ugly things that have taken place, and we’ve seen a lot of people get awards that have done some really nasty things.”

“Emancipation” premieres in theaters on December 2 and is available to stream on Apple TV+ from December 9.