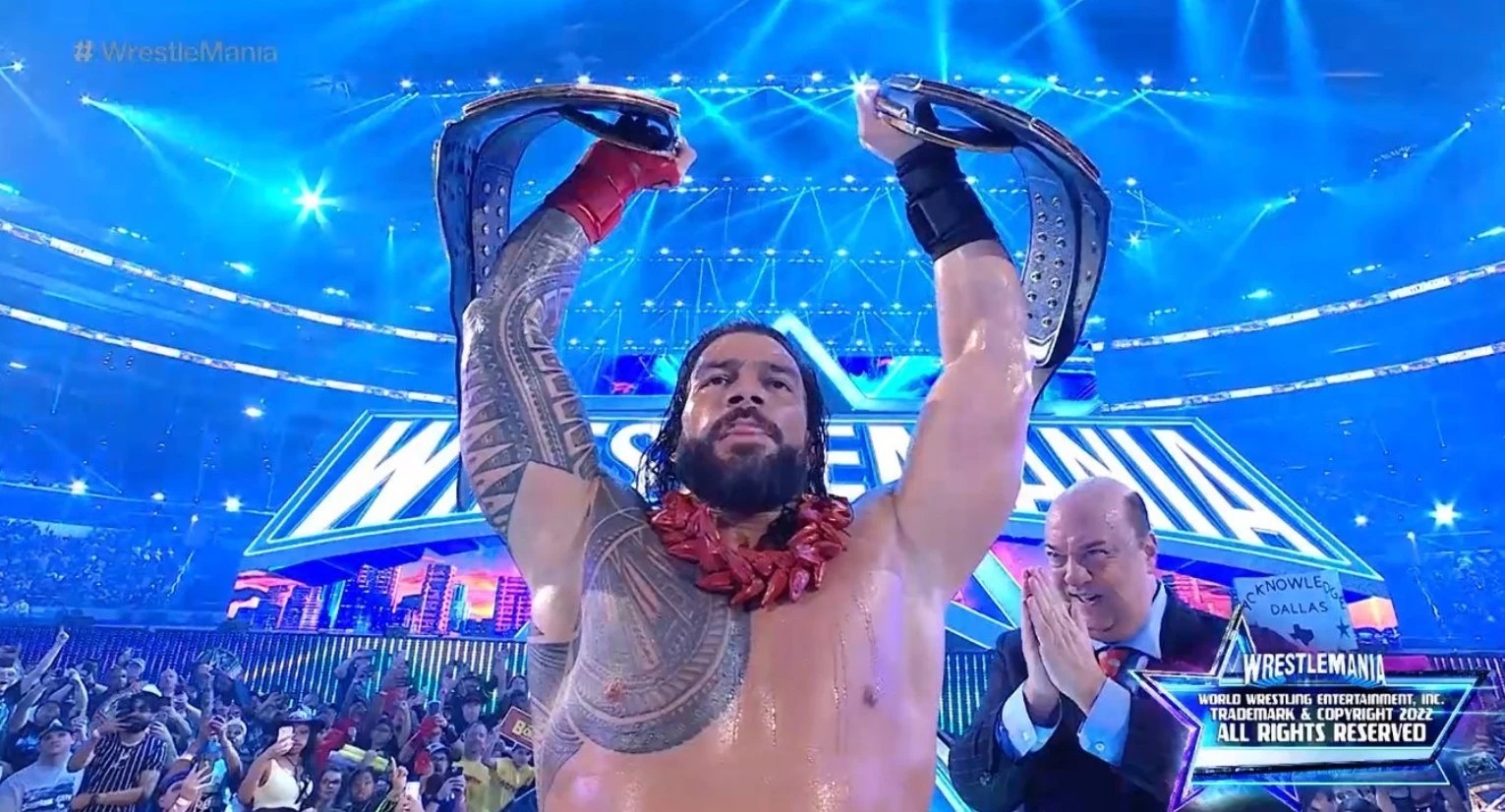 WWE WrestleMania 38 2022, Night 2 Highlights and Results Online: After the exhilarating high of Night 1 of WrestleMania which saw the in-ring return of the Texas Rattlesnake Stone Cold Steve Austin and the homecoming of former AEW talent Cody Rhodes, all eyes were on Night 2 of WWE’s version of the Superbowl. Head of the Table – Roman Reigns beat Brock Lesnar in the main event with their ‘Winner Takes All’ match, with the Universal Championship and WWE Championship both at stake.

The undefeated Omos was looking for a challenge at WrestleMania 38, and he got one in the form of Bobby Lashley. The All Mighty was indeed powerful enough to give the Colossus his first singles loss. In another epic encounter, it was Edge who emerged victorious against AJ Styles. However, what was most interesting was the end where Damien Priest appeared out of nowhere to distract Styles and signal the build-up of a dark faction.

WWE WrestleMania 38 brings back the action to AT&T Stadium in Arlington, Texas for its second time hosting the biggest event on its annual super show. The 38th edition of WWE WrestleMania has got fans hooked with its star-studded match-cards. Night 2 of the marquee event will see Brock Lesnar take on Roman Reigns in a winner take all match as well as Edge vs AJ Styles